World of Tanks has undergone significant changes for the past year, which has affected each aspect of the project from game mechanics to the interface itself. We are really proud of our creation, and we’d like take a moment to highlight some of the most important innovations and improvements we’ve made from June 2012 till September 2013.

One of the fundamental innovations of 2012 is undoubtedly the introduction of the new physics involved in modelling tank motion. With this change, we’ve managed to enhance the realism of the vehicles in battle. The new physics enabled a wider range of situations, including fall damage, jumps over obstacles, tank drowning and skidding while travelling in high speeds. The physics change also spurred reworks for existing maps to allow for innovative tactics with new offensive and defensive advantages in terrain.

We have also introduced two new game modes in Summer 2012 – Encounter Battle and Assault – which are accessible under Random Battles. In an Encounter Battle, both teams spawn with a neutral base, with the objective being the destruction of all enemy vehicles or capturing the base located within the same distance from the opposing teams. 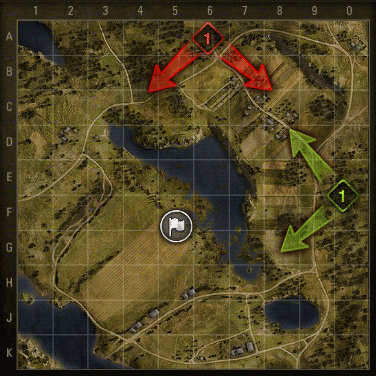 In Assault, the battle time is set to 10 minutes. One team begins the game with no base of their own, and are tasked to capture the enemy base or eliminate all enemy tanks. No draw result is possible in this mode; if the attacking team fails to attain the goal within the specified time, they will lose. 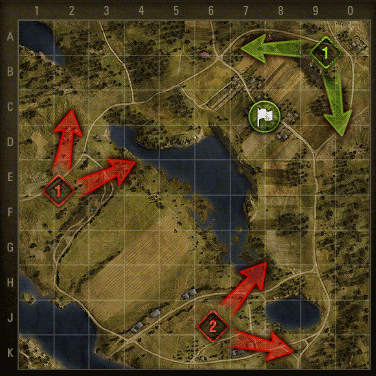 In 2013, we introduced heavy modifications to the game mechanics with Update 8.6, focusing primarily on the camouflage system, HEAT and APCR shell performance and armour penetration mechanisms, as well as the hit detection system.

The changes in the camouflage system made battles slightly more complicated for players who preferred to fire while hiding in vegetation. Since the update, they had to begin hiding their vehicles with more care and rigour. On the other hand, the camouflage skill bonuses for some vehicles like the TDs were increased, along with the heightened role played by camouflage with regard to lowering the chance of detection by the enemy.

A new accuracy calculation formula that we’ve introduced also changed the distribution of hits inside the reticle circle. To put it simply, a greater number of shells are now hitting closer to the centre of the reticle. Thus, even with the original gun dispersion formula in place, shells now tend to hit their targets more often. 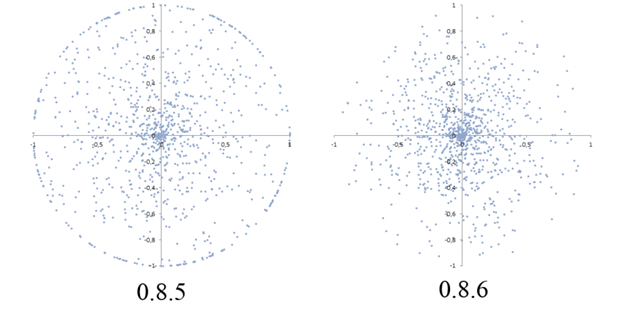 A new process of rendering graphics appeared in World of Tanks together with the improved physical model. The enhanced graphics enabled the game to be displayed in a much higher quality while still keeping the old system requirements. Dynamic shadows, improved lighting and more natural-looking water began to appear on the maps. The work on graphics optimization and improvement is still an ongoing process, and you can see how the landscape has evolved throughout the updates from the screenshot below. 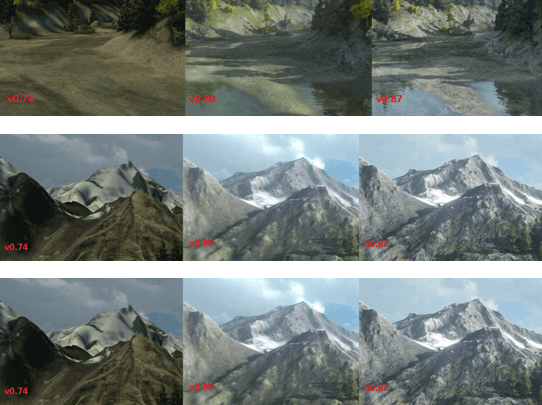 Due to the limited resources used in displaying the graphics, owners of low performance PCs are still able to enjoy a smooth gameplay experience by disabling the updated renders.

Camouflage designs, emblems and other cosmetics

The ability to add custom camouflage designs on tanks was also one of the features added to the game during this period, along with personal emblems and historical inscriptions. The camouflage feature in particular serves a limited purpose in gameplay; by using one of three available themes (winter, summer and autumn), players can gain a bonus to the invisibility of their tanks if the colour scheme of the maps corresponds with their camouflage. 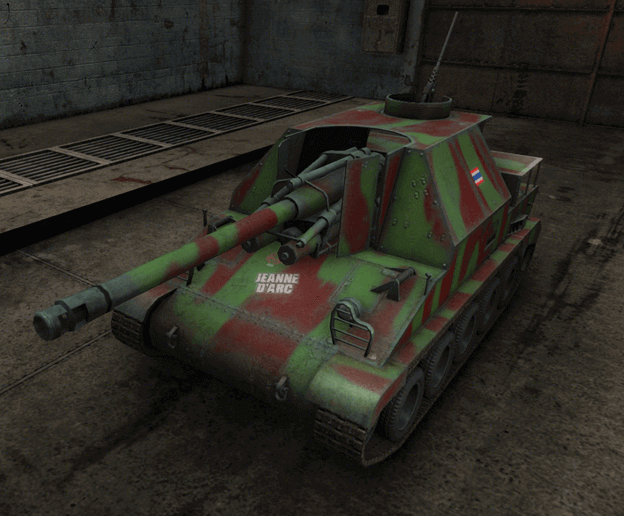 The opportunity to purchase premium shells and consumables with credits were added in Updates 8.1 and 8.5 respectively. Tankers who have no premium account were also granted the possibility to create platoons for three people and Tank Companies as well. These additions were helpful in equalizing all World of Tanks players by diminishing the advantage that money once brought. 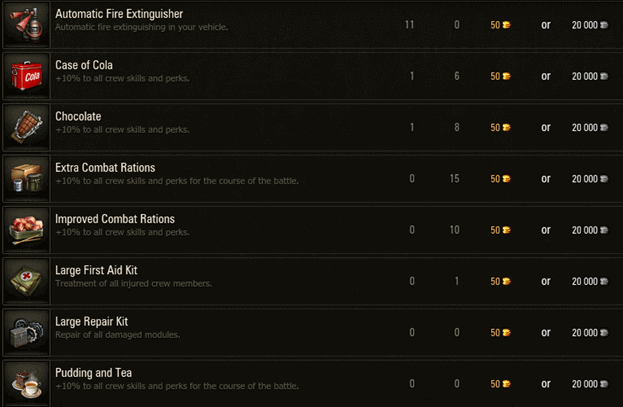 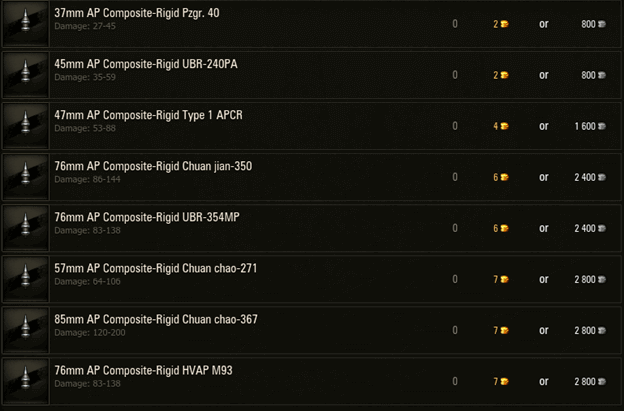 A tutorial section was added, giving new players a chance to learn the basics of gameplay before they joined the game proper. New players begin learning about tank warfare on a training field as soon as they start the game, and are required to complete the tutorial before they are allowed to participate in real battles. Finishing the tutorial also rewards the player with some credits and experience, which can be spent on researching and upgrading vehicles.

In Update 8.6, Battle Missions were introduced into World of Tanks as part of an ongoing effort to provide content to players. Players must accomplish these missions by participating in Random Battles, with a wide variety of possible goals to aim for. Some mission requirements include attaining a certain amount of XP, receiving a specific medal, or destroying enemy vehicles of a certain type. Players who complete these missions in time will receive a pre-determined reward, which can change from mission to mission.

From Update 8.8 onwards, players will be able to access a special user interface, which allows them to see the full list of current missions and track their current progress in completing them.

The Service Record tab has also been completely reworked. The new version is much more informative than the old one, and it presents the information within in a well-designed layout that proves much more attractive than before. 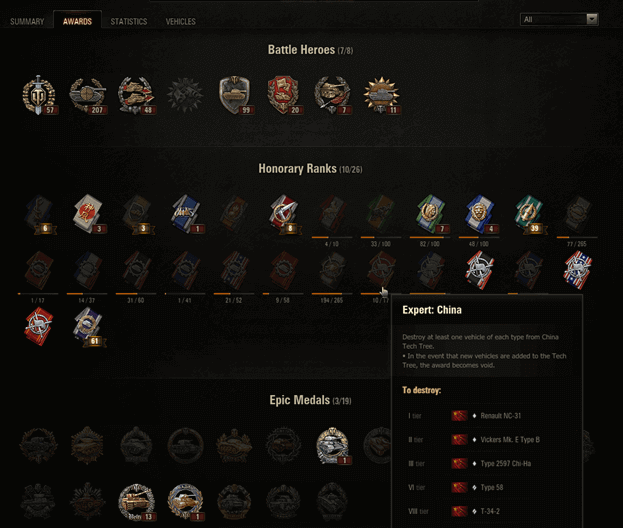 The first ever Global Map Campaign for Clan Wars was held in Summer 2013, and it proved to be a massive in-game event. Clan participation was strong; not only were they struggling for territories and unique rewards, they also helped create a whole new dimension to the Clan Wars gamemode.

A Year in Summary

And in that time you have:

Going forward, we continue to evolve, improve and develop the game and have a number of enhancements and new gameplay elements coming up in the future.

Looking to update 8.8 and beyond, we have some new, interesting and long-awaited reinforcements for Germany: a second German Tank Destroyer line will be joining the battlefields.

Japanese tank fans will be pleased to know we have a new Japanese tech tree ready to roll out. Initially, this will be made up from light, medium and heavy tanks with even more vehicles to feature later. 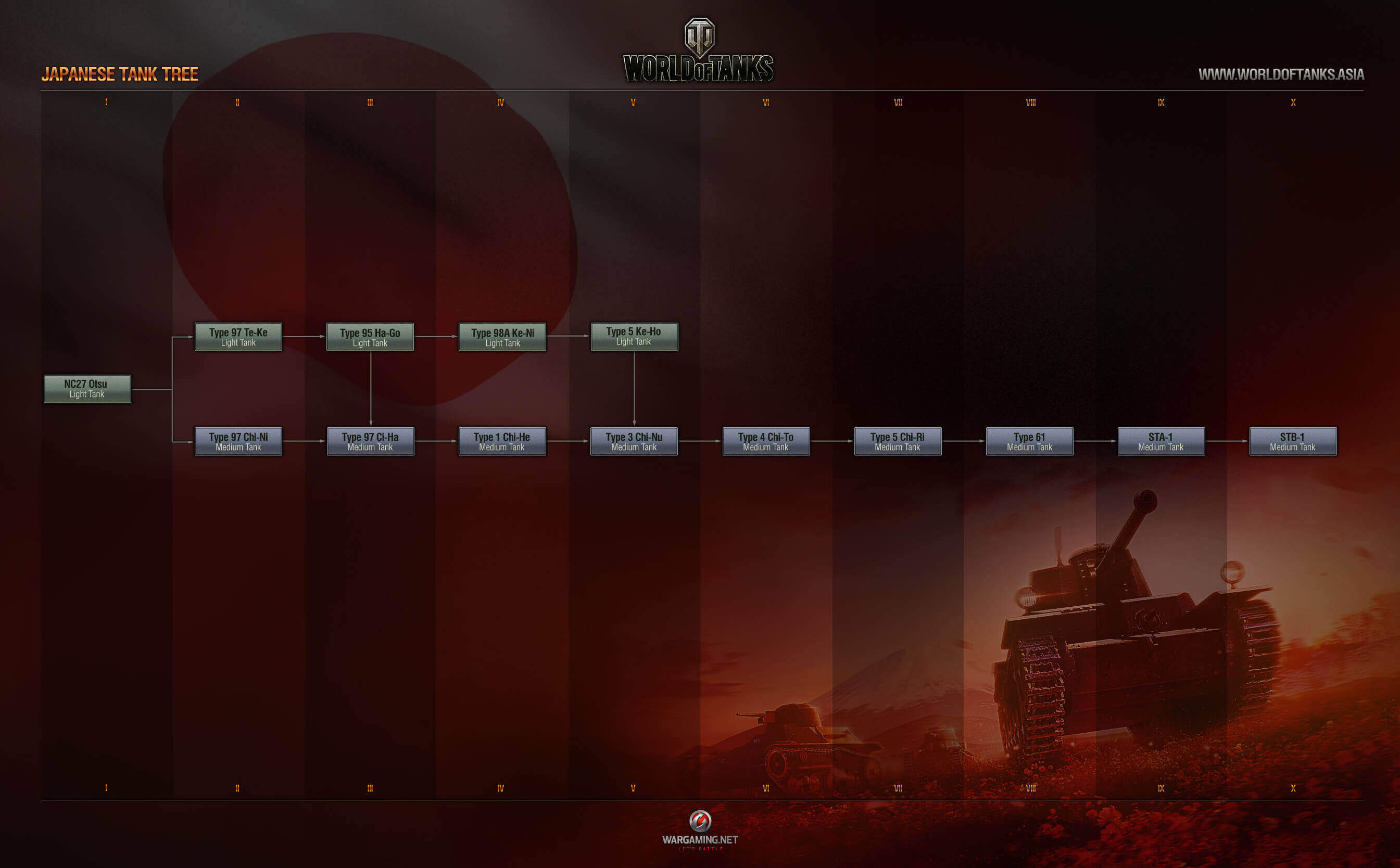 Though we’ve already come a long way with improving the graphic quality since release, we’re continuing to work on making the visuals ever better, with improved antialiasing algorithms, new color filters, shadows and foliage.

We have a number of other changes incoming, including: a new 7v7 company-based game mode, a second Clan Wars campaign for our newly revamped Clan Wars including exclusive rewards only for Clan Wars players, and finally we have plans for upgrading social features including changes to chat, friend list management and more.

This is just a small glimpse of some of the things we have planned for the future. We also have some big plans for future additional content that we’ll share with all of you as soon as possible.

We’d like to thank all of our loyal World of Tanks players and wish them the best of luck!