Clan Wars is dawning upon us soon on the SEA cluster and we need all your input to select a region for the Global Map. World of Tanks is now offering Tank Commanders the option to choose a region where you want your clan battles to be held so you can cast your votes in the poll on our main page of the portal.

Remember now! You hold the power in your hands to decide the region on the Global Map which you and all other Tank Commanders will be battling on in Clan Wars in the future so pick your choices wisely. Head on over to main page poll now and let your voice be heard.

Points to consider when choosing a region:

Clans Wars on the Global Map was introduced in World of Tanks on the RU cluster during winter 2010-2011 (with patch 0.6.2.8). The first region which was made available was Northern Europe followed by the addition of Africa, Far Eastern and Asia a few months later.

The Global Map on the RU cluster is divided among dozens of alliances of different power and sizes. The biggest alliance named Bratstvo Svobodnih Klanow (Brotherhood of Independent Clans) consists of 61 clans. Independent clans are also presented widely and more than once, they have fought severely against alliances.

. The Starting province or Landing province may only be captured after a victory in mini-tournaments (battles among the participants for it) and in a fight against the owner. This province cannot be attacked by other provinces; you can only land on it. Key provinces generally correspond to the real territories and they have increased profitability. Landing and Normal provinces usually give less than 1,000 gold to the owner whereas Key provinces can give a lot more of up to 4,560 gold. That is why clans fight aggressively for such provinces.

From the clan leader’s point of view, Global map on the RU cluster is divided into 3 big zones – Mediterranean and Northern Europe, Urals and Siberia and Far East and Asia (its northern part) and West Africa and East Africa.

The first zone, Mediterranean and Northern Europe is by far the oldest region of the Global map and also the most profitable one. Here, you can find a lot of regular provinces and some key provinces. This region is also considered to be a home region for the players from the European part Belarus, Russia and Ukraine. Sometimes, you can even see that a clan controls the region of his actual living place. It is a difficult feat for an independent clan to land here and stay alive. 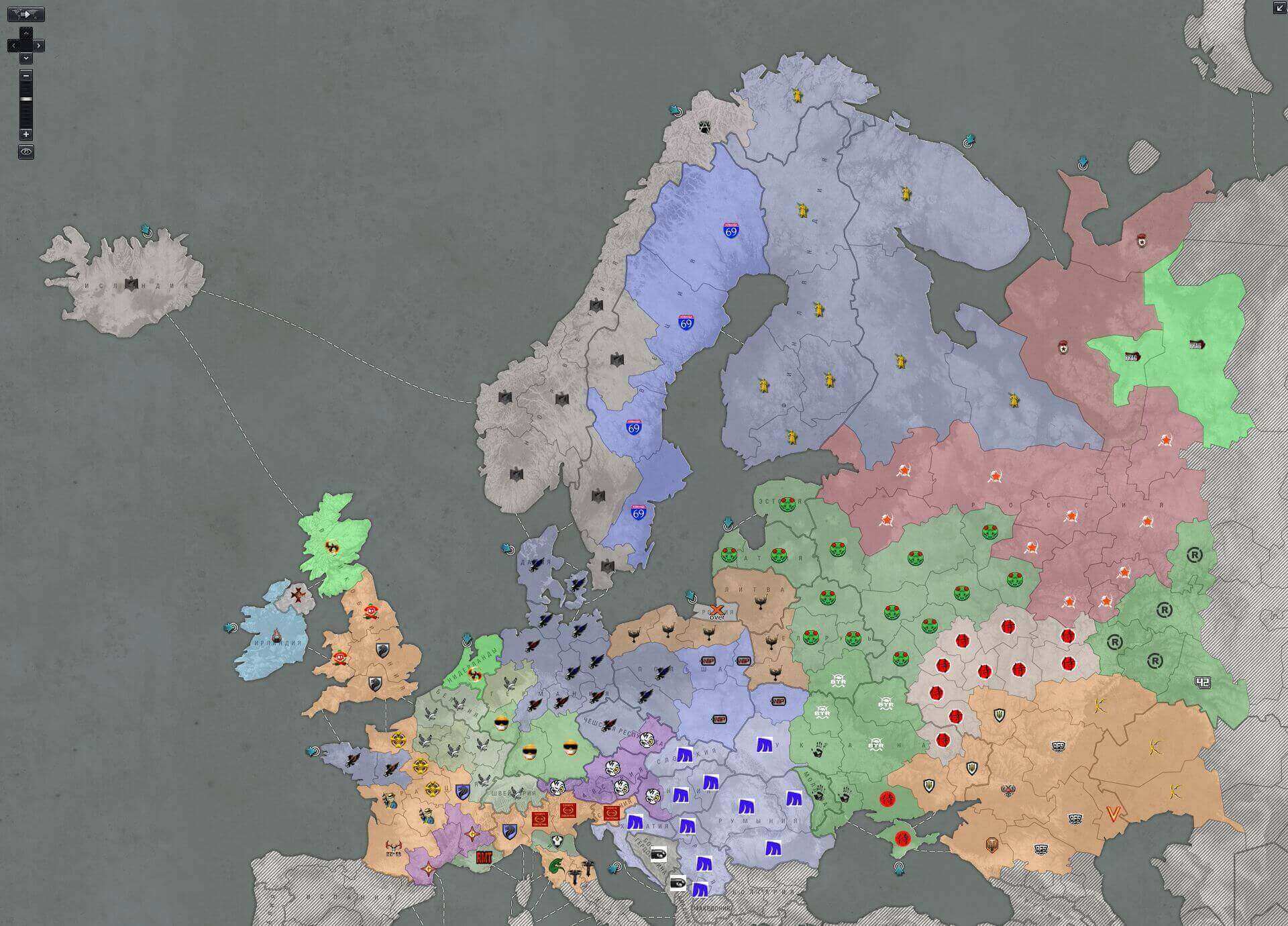 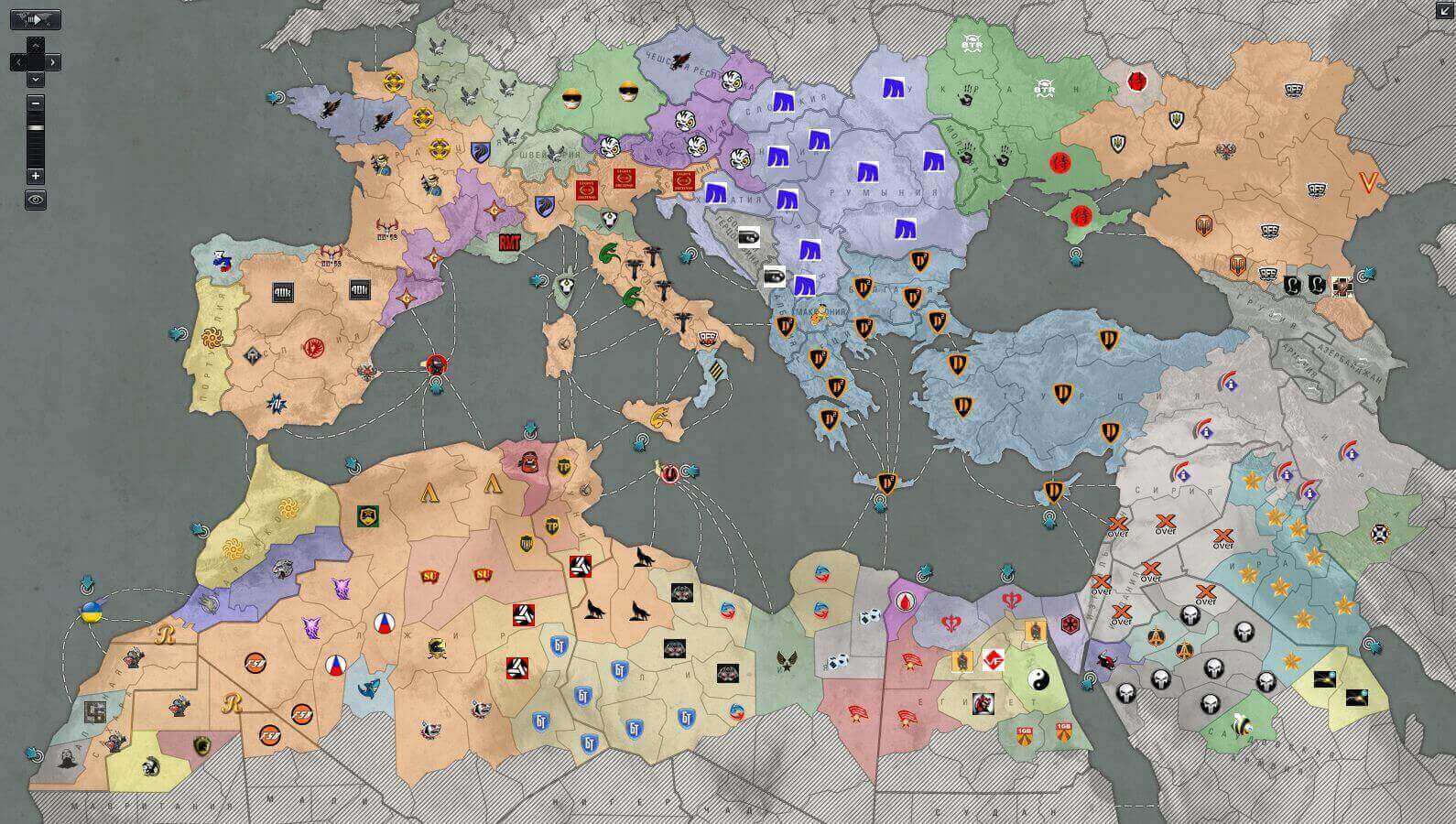 The second zone is Urals and Siberia and Far East and Asia. Due to the battle time period, this part of the Global map is highly populated by the clans which live in the same time zone. There are a lot of provinces here but their profitability is relatively low.

The Asia region on the Global map includes only the northern part of the continent. 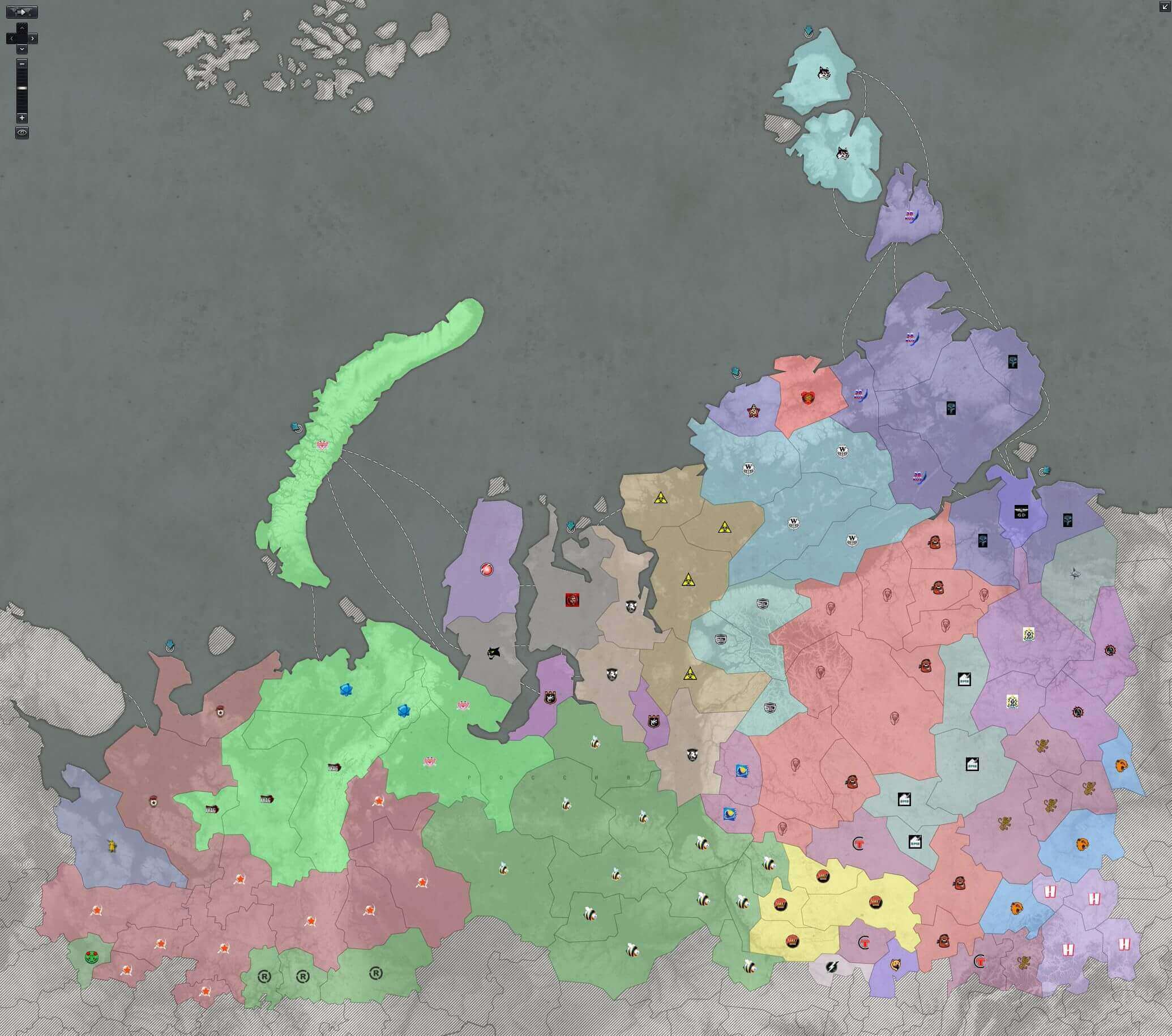 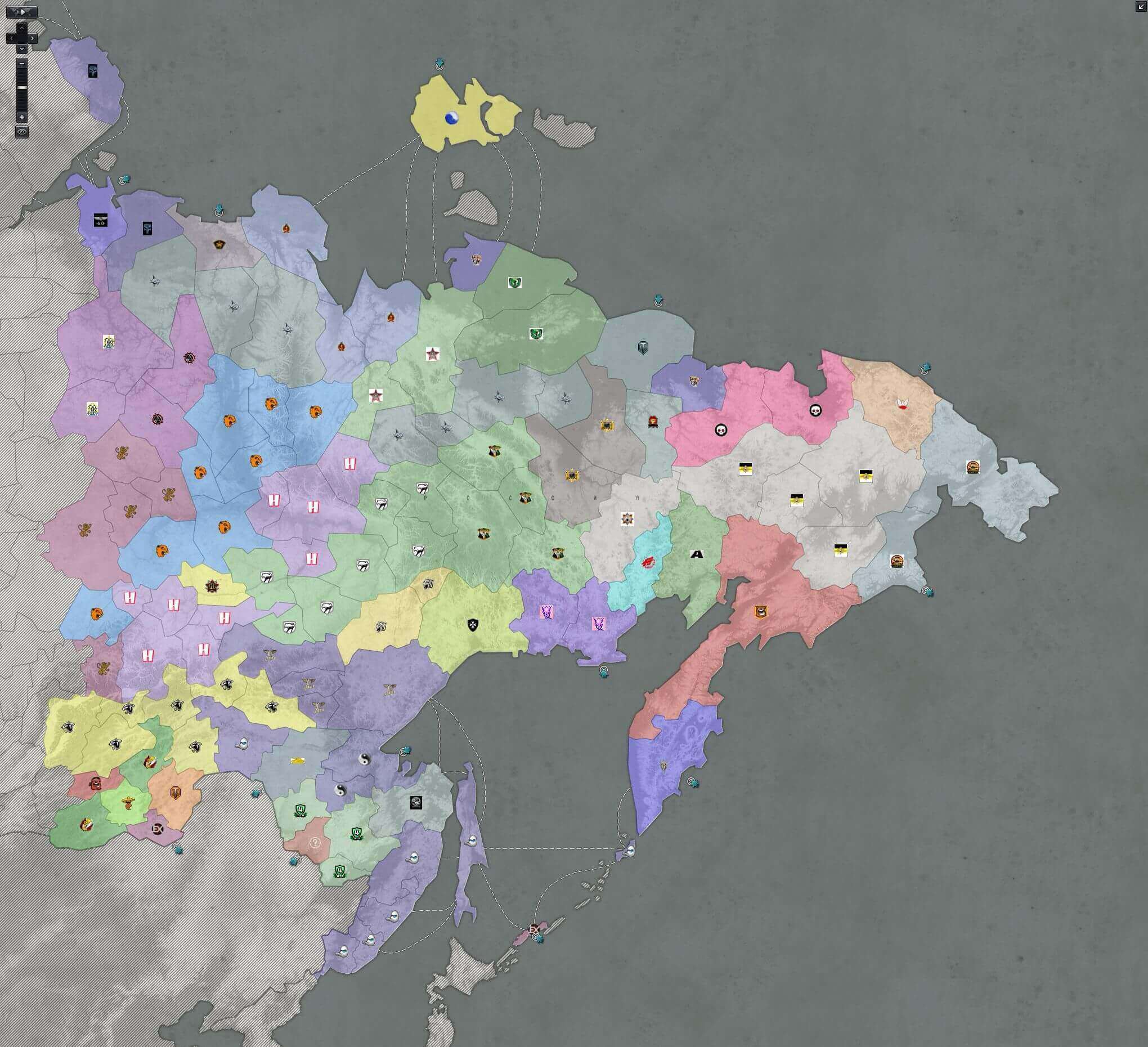 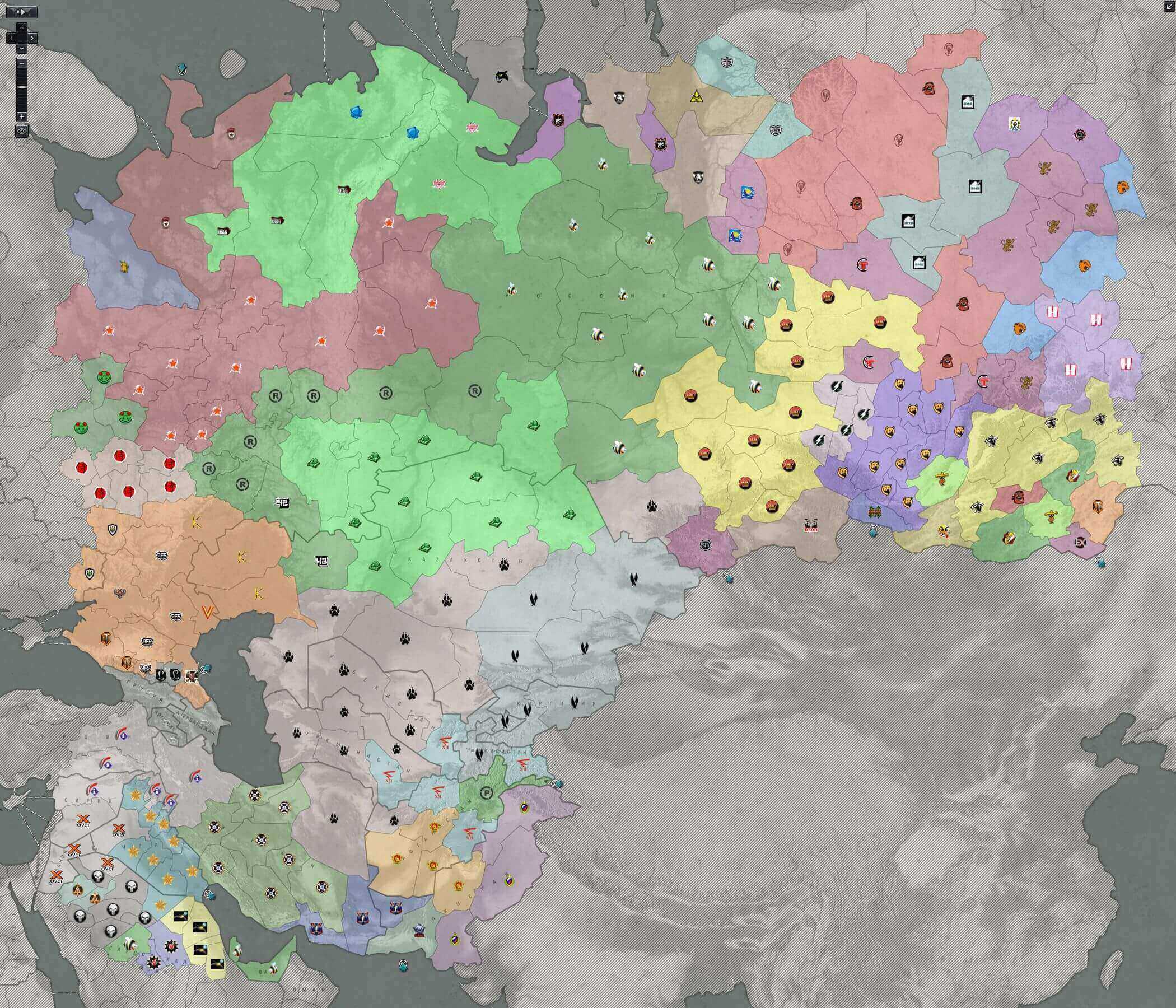 The third zone, West Africa and East Africa is favoured by new clans as it is the poorest region of the global map. Provinces here have low profitability but with one exception which is the oil-producing area, where the key provinces are located (Arabian Peninsula). Here in Africa, you can find a lot of different clans. This region is highly populated and changing rapidly. 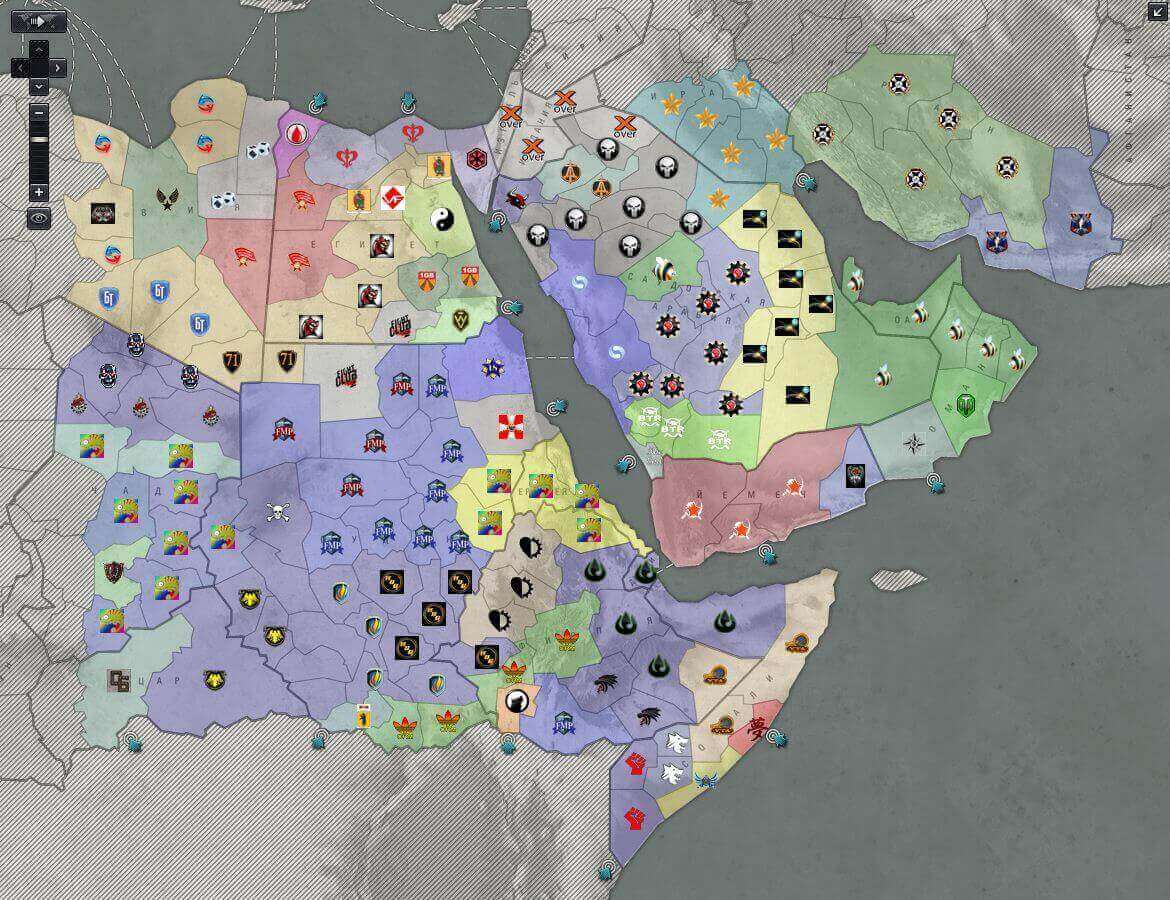 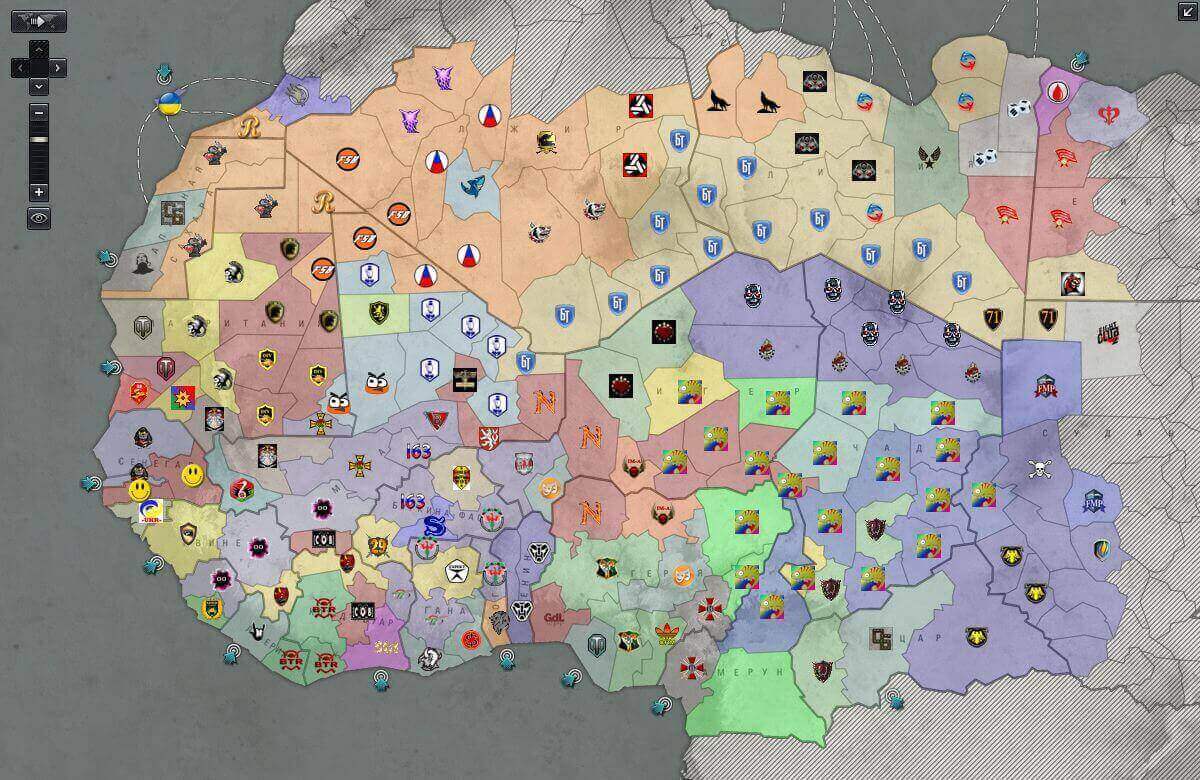 The fourth and youngest region, East Coast of the U.S is divided among several strong alliances and lives its own life. The battles here are mostly held on relatively new battle maps (Live Oaks, Port, Serene Coast and Highway) which have been created based on area. This region is the most profitable in terms of average province income (refer to table). As you can see on the regional map, East Coast US has considerable potential for growth. 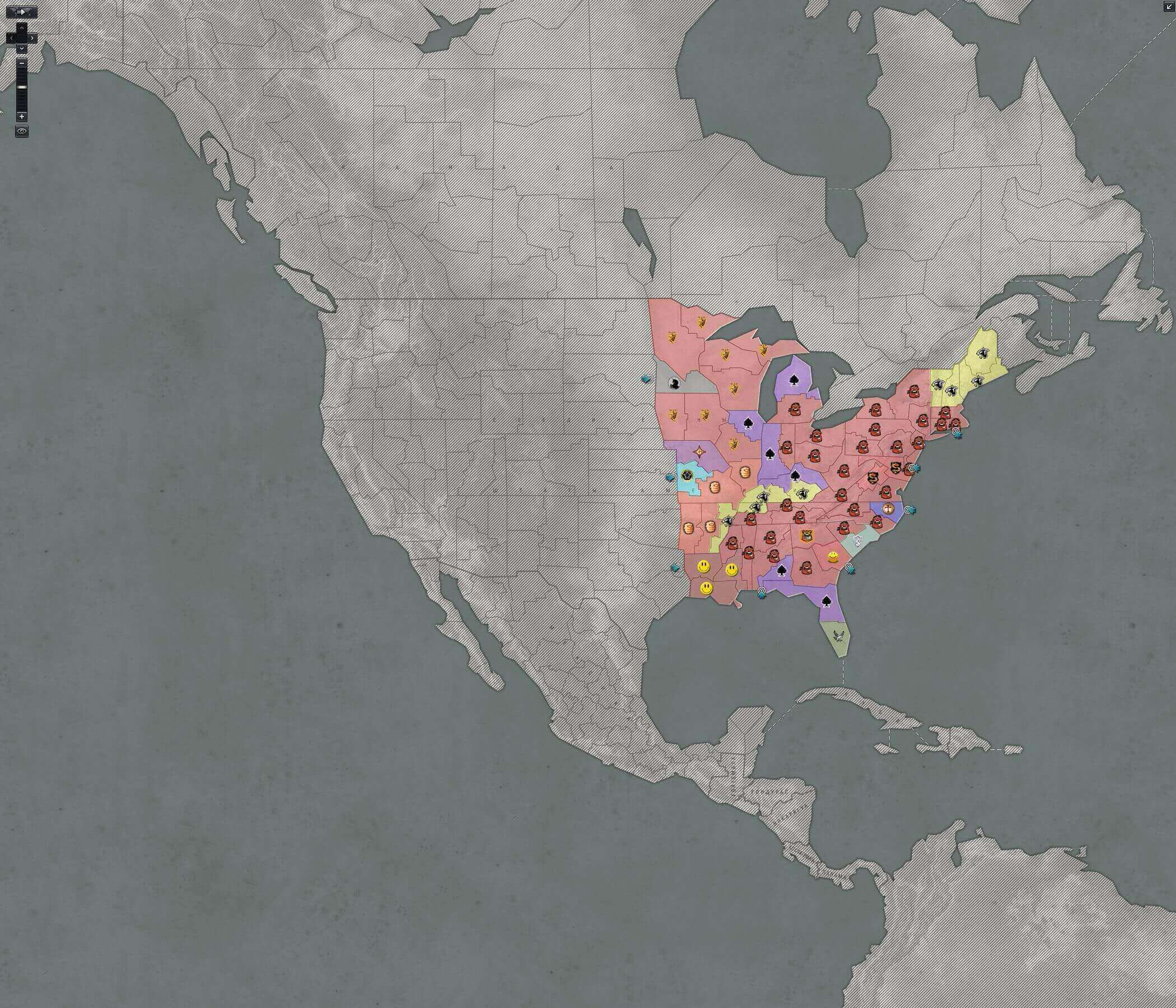 
Amount of Key and Landing provinces in certain regions