The Tank of the Month Special will let you enjoy some benefits for a selected tank of the month so keep a look out for your favourite ones every month! Check out what we have in store for you below for the month of April 2013. 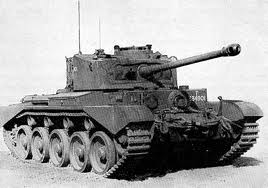 The Comet Cruiser tank was Britain's most powerful combat tank system of World War II. The Comet design was born from a 1941 requirement from the British Army that was seeking a new tank system with enough firepower to effectively rival any German tank known then. It was designed to provide greater anti-tank capability to Cromwell tank squadrons and was armed with a 77mm HV, a derivative of the 17 pounder, which attributed to it being one of the few British tanks capable of challenging late war German designs in firepower. As a development of the Cromwell, it was an interim design before the Centurion tank and helped bridge the gap between British and German tank designs.

It entered combat during the later phases of the conflict and extensive crew training delayed her overall tactical impact in the war but she proved a reliable amount and her crews likened her for her available protection and inherent speed.

Beyond combat actions in World War II, the Comet served with the British Army units during the Korean war and remained in British service until the 1960s which saw them as crew trainer vehicles for new generations of British tankers during their last days.
Discuss on Forum
Next
Select a region
Selecting another region may affect the website content.