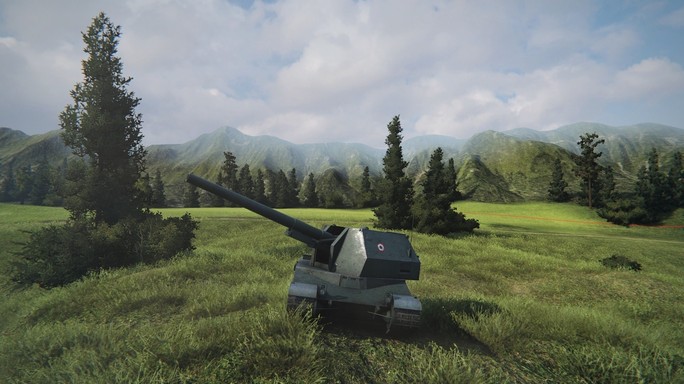 Are you a commander who prefers SPGs that can quickly get in position, fire, and manoeuvre? If so, you'll appreciate this week's Evolution of Tanks Special, the Tier X French SPG, Bat.-Châtillon 155 58. While its firepower isn't the strongest of its peers, it has something they don't: speed.

Much like its medium tank cousin, the Bat.-Châtillon 25t, the Bat.-Châtillon 155 58 moves across battlefields like a phantom. Its 4-round drum autoloader enables it to fire several rounds on target in a short span of time. Coupled with its good acceleration and top speed, it can hit targets and be far away before anyone even realises where the shot came from.

Click here to view the complete technical specifications for the Bat.-Châtillon 155 58.

If you’re looking for an SPG that has incredible rate of fire and manoeuvrability, the Bat.-Châtillon 155 58 will serve you well. Interested in owning one but don't have enough credits to purchase it at full price? Good news for you - this Evolution of Tanks special grants a 30% discount for all purchases of the Bat.-Châtillon 155 58, as well as a further discount for the other SPGs that share the same tech tree branch.

XP and Crew EXP boosts will also be temporarily available for every battle participated in while using the vehicles on sale. A new mission will also be introduced that will reward you with Strong Coffee and Small First Aid Kits by winning battles with any Tier II to Tier X French tanks.

Note: Tier X vehicles rarely go beyond a 15% sale; the Evolution of Tanks special is one of the only occasions to offer a 30% discount!