Two months ago, we held a contest to search for the best-looking T-shirt designs for two of our best eSports teams going to the WGL Grand Finals. It's been a long judging process, but we're finally ready to reveal the results.

And our winner is... a7cATR4z! Congratulations! Check out the winning entry here: 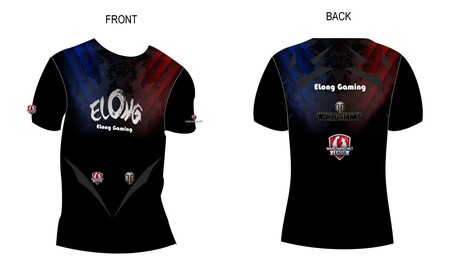 As per our rules in the T-shirt design contest, a7cATR4z will receive 15 free copies of the T-shirt as the prize to share with his friends and family!

Would you like to own one as well? Sure you can, but it'll be your turn to participate in a contest next...

For this contest, we want you to write something nice, witty or both to encourage ELONG as they make their way to Warsaw to participate in the WGL Grand Finals and battle amongst the best World of Tanks teams in the world.

To do so, you'll need to leave a Facebook comment on the contest post when it appears during the contest period. The contents of your message can either be a simple text post, a placard or even a meme, so get creative!

Three of the best posters in each page of the comments section, judged by how creative or supportive their messages are, will be chosen as the winners and receive a T-shirt each.

Scoll down below for the full contest details. Good luck!