Update 8.10 has arrived, unleashing a new line of Japanese vehicles to the World of Tanks. Will you become a master of the newest tech tree and surpass your peers with your skills in piloting Japanese tanks? If you wish to do so, show us your skills and we will reward you handsomely!

The Art of War: Japanese Tanks

In this Art of War contest, we will be judging your performance in the 13 new Japanese tanks released in Update 8.10. To participate, simply play the game in the tanks listed below and rack up as much EXP as you can in a single battle:

Rewards will be distributed according to the Tier that your tank belongs to, from Tiers I to X. There are lots of rewards to give away, so scroll down to see what you can win!

To be considered as a winner and receive a gold reward, you must be one of the top 100 players with the most EXP gained in a single random battle for that tier. This means that there will be 1,000 winners in total (100 players x 10 tiers).

There are three reward levels for different tank tiers: 1,000, 2,500 and 5,000 gold. Take a look at the table below to see the gold rewards specific to each tier.

Note: For tiers with more than one tank (e.g. Tier II), player results between all tanks within the tier will be counted
as one single category.

In addition to the gold rewards, the top 3 players from each Tier will receive a special premium tank as a reward:

As the Grand Prize for our Art of War contest, we will be giving 15 years of Premium time for free to the best player of each tier, from Tiers VI to X. Again, the player with the absolute highest amount of EXP gained in a single random battle will be considered the winner. 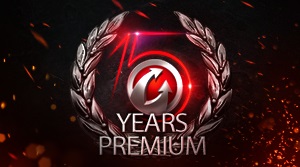 So what are you waiting for? Time to grab a tank and win some rewards!