The Stronghold mode has just received a new Journal feature. Now, you can get quick updates on what’s happening in your Stronghold at any time. Also, don't miss out on new deals for Structure leveling; use them to upgrade your Structures at a lower cost.

If this has got you excited, read on for more details!

Clan players and officers alike have frequently asked for the ability to track events in Stronghold mode, especially with regard to battle statistics and the use of the earned resources. This function will soon be available via the Journal feature!

The Journal will allow all clan members to track all Stronghold-related events right in the confines of the game client, including the use of the Industrial Resource and Reserves as well as overall clan performance in Skirmishes and Advances. 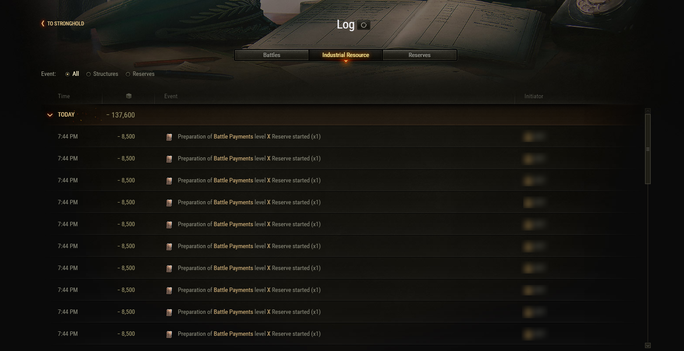 In this Journal tab, players can track the use of Reserves. This functionality will make the use of the clan resources transparent for clan members, which means if a clan officer uses the Reserves only for themselves, it will not remain unnoticed. 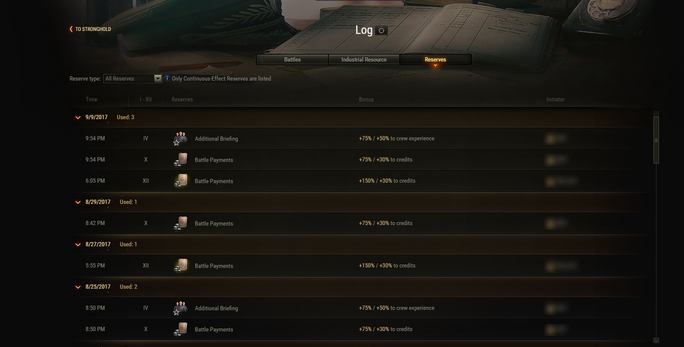 This section of the Journal will provide detailed information on all battles fought in Stronghold mode, including the commander of the detachment, the amount of Industrial Resource earned as well as any Reserves used.

With this addition, the clan’s performance in battles can be easily tracked, strong and weak opponents can be identified, and the work of commanders can be evaluated. 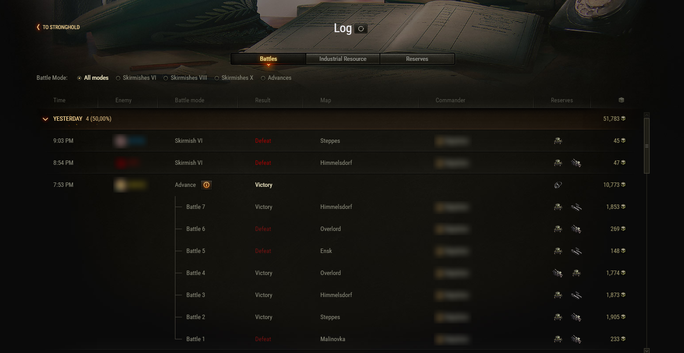 All these innovations are present in the first version of the Journal, which will be improved according to your feedback! Share your suggestions on the forum.

This is a reminder that from September 11 through September 17, Stronghold structures can be built and upgraded with considerable discounts.

The reduced cost of building will allow new clans to upgrade their Strongholds to competitive levels quicker and obtain Reserves that provide considerable bonuses.

That's all for now - see you in the battlefield!