This final installment of Flying_Elite, Raavi & Napalmer's guide to the Soldiers of Fortune event deals with one of the most complex and often most rewarding components of a successful Clan Wars campaign – calling the shots and leading your clan to victory. Perfect for rookie commanders who'd like to lead their teams more effectively!

All third-party tools/websites should be used/accessed at your own discretion and risk. Wargaming will bear no liability for any damage or loss of data arising from your use of these tools/websites.

The following are just a few basic ideas you can use to form your own strategies. They can even be utilized on more than one map type if you get creative!

This tactic involves using at least half of your team to aggressively push through one half of the map, and relying on defensive tanks to defend the base or scouts to provide vision on the other side of the map. 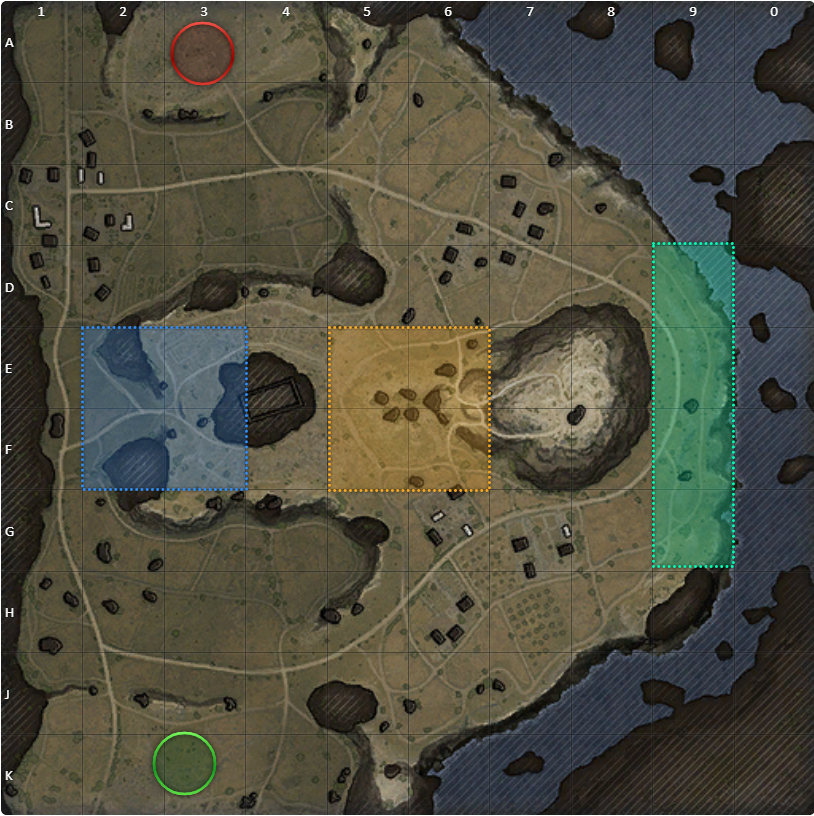 An example of this is on Cliff.

These are only basic ideas that should be used to form your own tactics!

The idea of this strategy is to gain early map control on one half of the map, and slowly attempt to take full control of the map by ‘rotating’ (moving a large chunk of tanks from one side of the map to the other). For example, the 9-line is generally unused for the majority of the battle as the 5-6 is considered a stronger position, but it can be used to rotate fast heavy tanks to flank and swarm enemy forces in the middle!

This strategy can easily overwhelm tactics where enemy forces have split evenly, as you will have superior numbers on a flank. It also works well when the enemy has one or many artillery on the battlefield, as it reduces their opportunity to draw out the battle and get more damage!

Commanders should be aware though that heavily fortified enemy positions can stall or even shut down a push, especially if the enemy has similar positions. Over-committing to a position can often leave you with nowhere to run, so ensure that you always count your tanks before over-extending!

A turtle tactic (or camping tactic) is a method you might use on defensive maps, where the goal is to set up a strong defence in 1-3 sections of the map covering your base and wait for the enemy team to come to you. 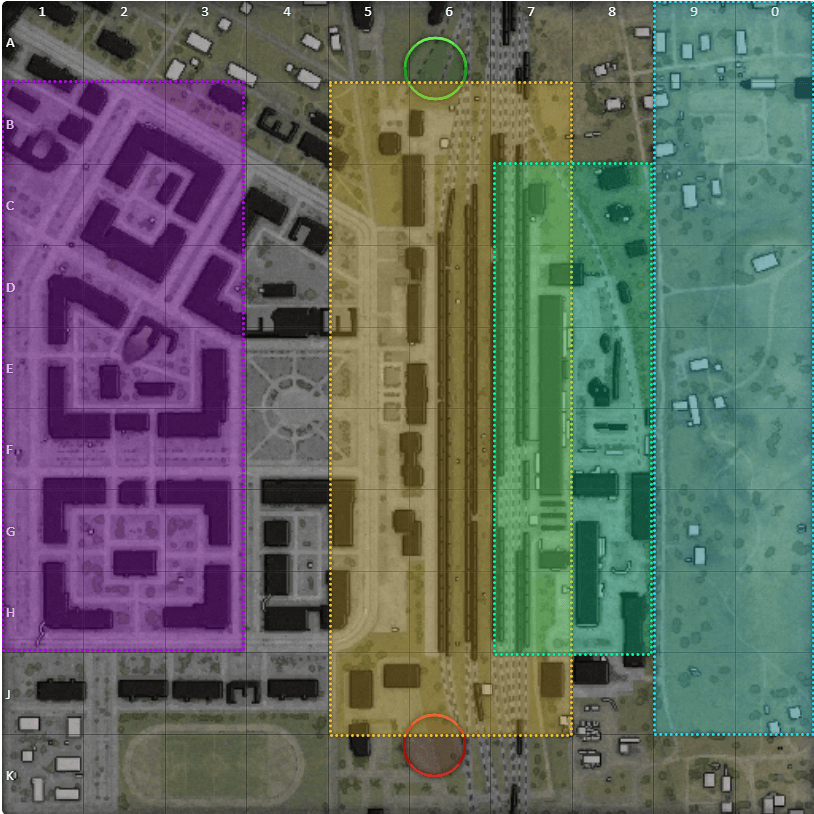 Using Ensk as an example, where the northern base is the defense side, you could use either the left or right side of the cap – with armoured tank destroyers and super heavy tanks, and a few spotting the 5-7 line – as a chance to put out early damage when the enemy drives through the open.

The idea of this strategy is to stay safe and take as little damage as possible while waiting for the enemy team to make a mistake or for the battle timer to get as low as possible, which will force the enemy team' to make a play. But be warned: The battle can end in a draw, which counts as a loss for both teams!

Be sure to place your tanks correctly, as you might not be able to save them if they get singled out. And cover the corridors – vision is your friend!

One method to counter a turtle is to use artillery or HE guns to dig tanks out of static positions. Another is to anticipate where the enemy has set up, and rush isolated targets. Be sure to have all sides covered if you’re planning to bunker in!

A delayed push is where you position the majority of your team in a position to make an aggressive push down a flank, except that before making any kind of push, you utilize a few tanks (often fast heavy or medium tanks) to spot or to trick the enemy into thinking that you’re setting up on another side of the map. Hopefully you can catch the enemy off guard and use the element of surprise to overwhelm their tanks, or catch a couple out of position. 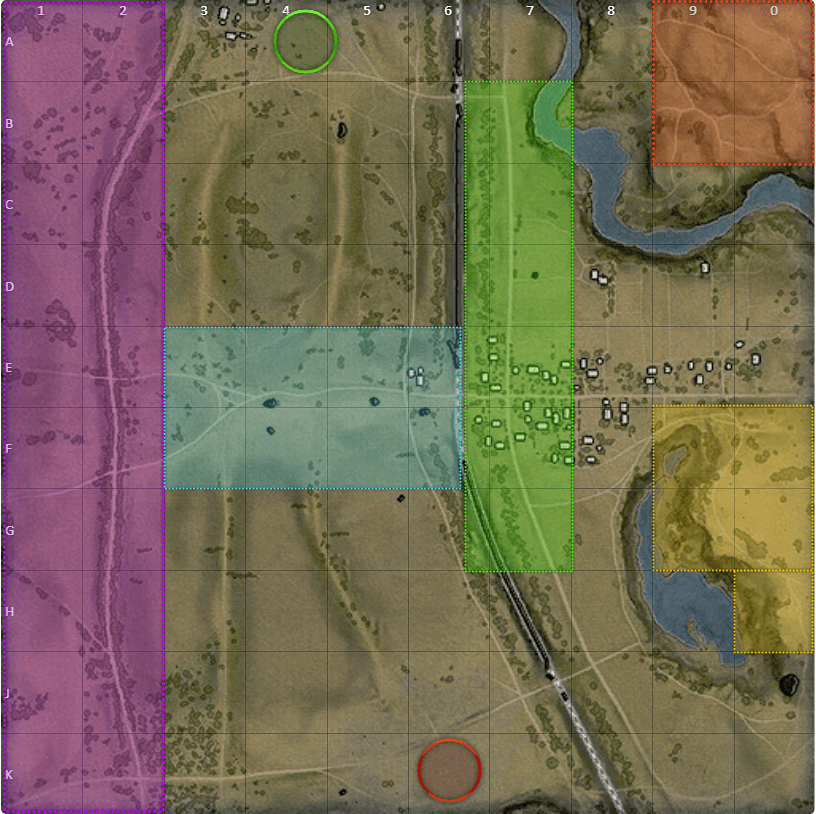 For an example of this, we will look at a strategy on Prokhorovka.

The idea behind this strategy is to limit the number of your own tanks that get spotted, as the campaign utilises a mechanic called Fog of War. This means that tanks are not revealed in the lineup until they are spotted!

Don't let your heavies get spotted; mediums, not so much; for light tanks, it doesn't really matter. You want to trick the enemy into thinking there are more tanks than there actually are, which will force them to hesitate before pushing in, or allow you to ambush them when they make a full push on what they think is a poorly-defended side of the map. Stay unspotted, catch the enemy off guard and punish any tanks out of position!  The timing doesn’t need to be perfect; it just needs to be delayed. 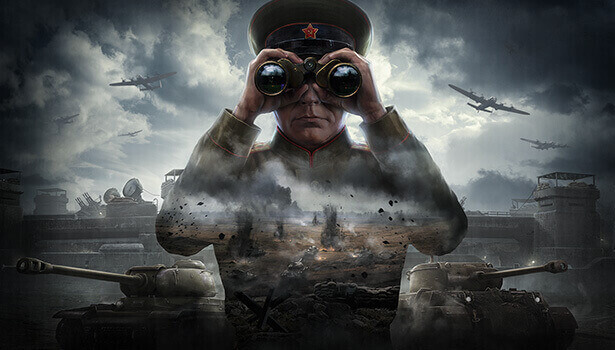 If you enjoyed this guide, get more quality content from Flying_Elite, Raavi & Napalmer: