Australian troops’ first encounters with tanks occurred after the ill-fated expedition to Turkey, when the ANZACs were transferred to the European theater. The trench warfare of the Western Front led to a new and different kind of hell.

Assigned to Fifth Army, under the interesting leadership of General Hubert Gough, in April of 1917 4th Australian Division, part of 1 Anzac under Lt Gen Sir William Birdwood found themselves in the vicinity of the town of Bullecourt. Now a tiny little town about midway between the more famous localities of Arras and Cambrai, in the Spring of 1917 it had been fortified and incorporated into the Hindenberg Line. 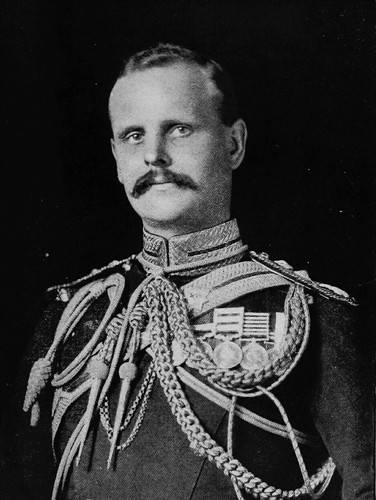 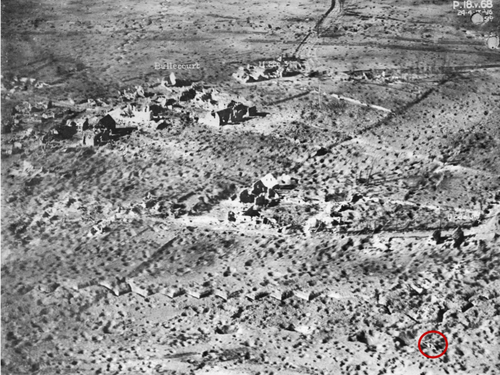 Bullecourt after the battle. A destroyed tank is located in the lower right quarter of the picture. AWM Image

A large push had been ordered by the French commander, Nivelle. Kick-off was the morning of 9th April, and the main effort for that day was to Fifth Army’s left, at Arras. Results were better than expected, and the Candians achieved their landmark victory at Vimy Ridge. Gough was, perhaps, feeling a little left out, and despite the fact that he had had to give away much of his artillery, and reports were coming back that the remaining artillery had not destroyed the German wire, he had concluded that the Hindenberg line was not being well defended, and Bullecourt could be flanked. Birdwood was not best pleased with the instruction to enter the 1,500m of open ground between Bullecourt and the next town over, but there was a mitigating factor. Field Marshal Haig had given Gough 11th company of D Battalion of the Heavy Machine Gun Corps. Twelve Mk. I and II tanks. 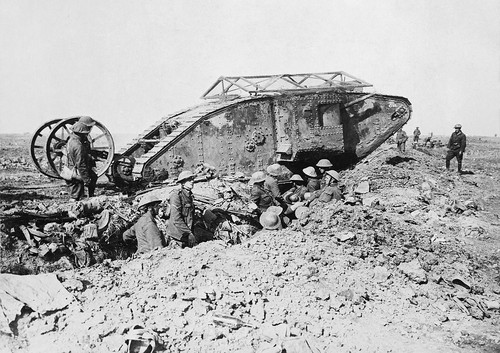 This was, of course, many months prior to the seminal Battle of Cambrai, which placed tanks firmly on the map. As a result, few people knew quite what to expect from them, but there was no doubting the ‘Can-do’ attitude of the tankers. Gough was visited by the CO of the tank battalion, LTC Hardress-Loyd, and the CO of 11 Coy, Major Watson. They believed that their tanks could make up for the lack of artillery support, they proposed that they precede the infantry, eschewing any preparatory artillery barrage in favour of surprise, and deal with the strongpoints allowing the Australian infantry to move forward against much less opposition. And they could do it tomorrow.

Unfortunately, despite the best enthusiasm of the tankers, they were simply not capable of delivering on their promise. There were four main problems: 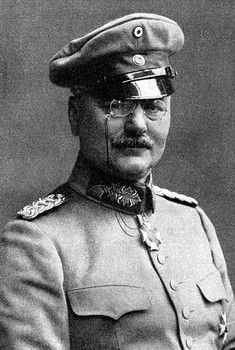 The attack didn’t happen. The tanks were too slow making it to their jump-off point, and thirty minutes after the attack was to be launched, at 5am the word went out to that the mission was scrubbed. This did not sit well with the men of the West Yorkshire Regiment, who, believing that the Aussies had attacked as planned, found themselves having made it to the German lines, and then having to withdraw afterwards being unable to hold position, with the resultant levels of casualties. It would have been nice had the Australians let them know that their attack was not a sure thing. 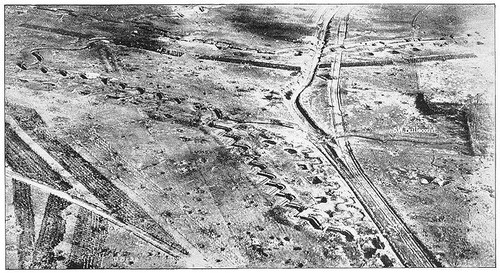 Undeterred, the attack was rescheduled again for the next day. 0430, 11th April. Six tanks would support each of the two Australian brigades. This time the British 62nd to the left would wait until the Australians had made it to the German lines and turned to Bullecourt before moving. The Australians themselves would not wait for a signal from the tanks, they would start 15 minutes after the tanks did, at 0445. In theory, this meant that the tanks would have reached and suppressed the German defenses by the time the infantry got there.

Again, though, the tanks failed the Australians. Most did not make it in time for their scheduled start. Only four, three in front of 4th brigade, and one in front of 12th Brigade, managed to be present at the beginning of the show. The others trundled up eventually.

The resulting battle has been termed by several authors as a fiasco. Only three tanks reached the enemy lines: Being painted brown and green, the tanks stood out very nicely as targets in the open ground covered with a fair dusting of snow. The rest were all burning between the Australian and German lines. Of the other three, two were lost, presumed captured (The German lines were something of a reverse slope position and difficult to see), the third found its final spot in Bullecourt. 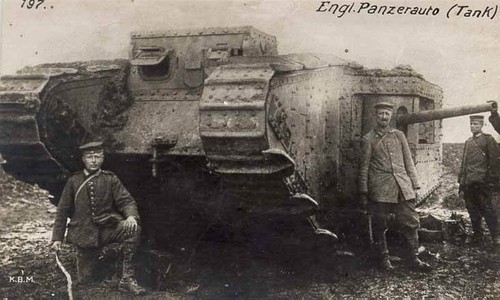 Despite the failures of the tanks, the Australians made a game show of it anyway. But again, mass confusion reigned at higher levels, with commanders thinking things were going much better than they were. Requests for additional support from the infantry which had reached the enemy lines went unfulfilled. They may have taken the Hindenberg line between Bullecourt and Quéant, but those two villages were held by a large number of angry Germans now shooting into the Australians from both flanks. Still, the situation could be held. Australian troops forced their way to the second trench line, cutting off a group of German Infantry, a Wurtember regiment. These men, with 12th Brigade on their right, 4th on their left, held off against everything the Australians could throw at them, the Australians would later rate them as some of the toughest troops they ever faced.

Still the fighting continued in its ebb and flow. The Brigade commanders finally understood that not all was well, but also that the position could be held with the requisite support, asking particularly for artillery fire on the villages to the flanks. The artillery commander, relying on observations from his forward observers, believed that the Australians had, in fact, entered Bullecourt. General Birdwood decided to believe the reports from the FOs, and denied the support.

Eventually the Australians were forced to concede defeat, and the withdrawal order was given. Fourth Brigade, with all four battalions thrown into action, lost 2,339 men, of which about a thousand were prisoners. They started with 3,000. 12th Brigade went with just two, and so their losses were lighter. 950 men. 4th Australian division was effectively destroyed. The British tankies lost 52 killed and wounded out of 103. It would be mid-May before Bullecourt fell, requiring the efforts of 1st and 2nd Australian, and 7th and 62nd British Divisions.

In the meantime, the experience left a very great distaste in the mouths of the Australians towards tanks. It would be over a year before they would accept tank support again, except at Hamel, not only were the tanks better, but significant effort was made to integrate the Australians and tankers both for training and to establish trust between the two groups. It worked, but that’s a story for a different day.  In the meantime, the lessons of Bullecourt were learned and applied in later battles, to the betterment of the tank corps, and leading to the later successes.

The road East out of town is now the Rue des Australiens, with the Bullecourt Digger being a monument to the Australians who fought there. The residents of Bullecourt have not forgotten. 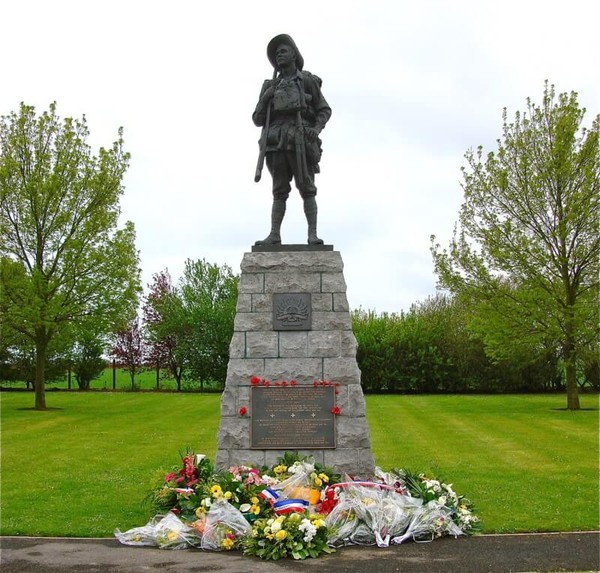