Update 9.19 is nearly within reach—deploying 6 June! Over the past few weeks, we broke down what’s great about Ranked Battles, the new equipment and consumables, interface improvements, and other enhancements on the way. Now, with all these shiny new features implemented, it’s up to you guys to tell us if they take your World of Tanks experience to the next level. But, hey, before you rush into battle, why not go on a quick refresher course?

World of Tanks servers will be down 06 June from 03:00 to 08:00 (UTC +8) to get everything in order. Also, we’ll be freezing the Global Map for 24 hours, temporarily closing the Clan portal and cancelling Strongholds battles. 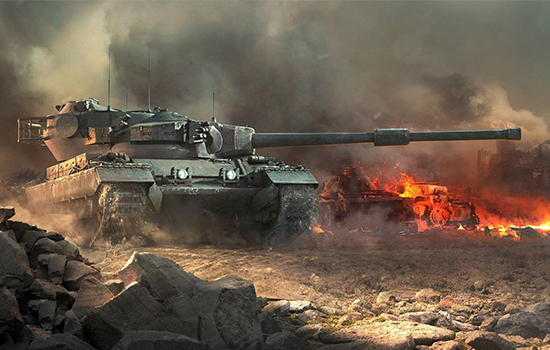 We’ve all been there: you put in a stellar performance in battle but your efforts don’t necessarily pay off because it takes more than one player to win a match. This is where Ranked Battles mode comes in. In it, you’re rewarded for a great personal performance and can face off against opponents of comparable skill in 15v15 battles exclusive to Tier X vehicles. By testing your mettle in this mode, you can earn a new type of currency, Bonds, which can snag you some rather sweet prizes.

Thanks for your support and excitement around Ranked Battles thus far! With the release of 9.19, we're entering the final stretch of the mode’s development and are inviting you to join us in the Ranked Battles Beta, launching soon after 9.19. It’s a long-awaited, welcome addition we hope you will enjoy while the team continues to monitor and optimise the experience as we march towards release. Consider this Beta a near-finished product that we’re putting in your hands to define potential future adjustments. After going over your feedback and game data we collect during Beta, we might tweak the modes functionality, rewards, and economics.

Stay tuned for more details on the Ranked Battles Beta Season (dates, rules and regulations) coming your way in a matter of days. There’s still plenty of time to refine your skills and get battle-ready. Studying the full guide on the new mode is a nice way to start. 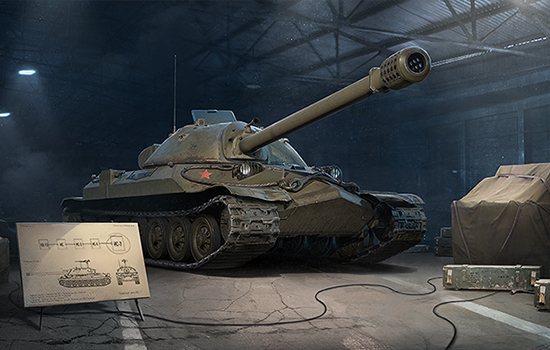 We devised a new way of taking your vehicle’s efficiency up a notch: Improved Equipment and a new type of Battle Reserves, Directives. You can get both with Bonds you earn in Ranked Battles, mount and use in any mode, whether it’s Random Battles, Clan Wars, or tournaments. Improved Equipment provides larger bonuses than their standard counterparts, while Directives enhance mounted equipment, Crew perks and skill efficiency. 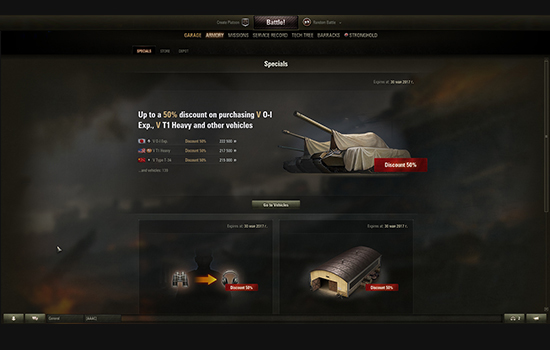 Thanks to your feedback, we’ve given parts of the UI a facelift. The “Missions” window now has a tab with the full list of battle missions for all vehicles in your Garage, another with all current specials, events, and missions, and one more where you can browse missions and specials for any selected vehicle. Finally, the “Armory” screen now lists all active special offers and sales on the “Specials” tab, so you can always find a great offer. 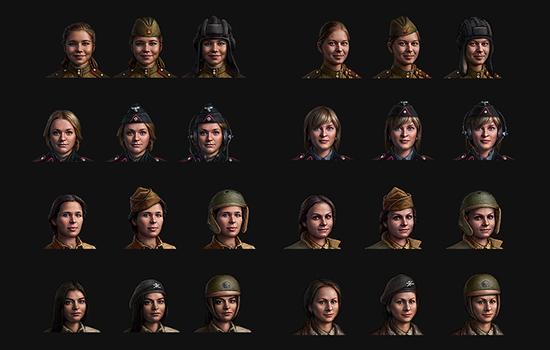 Many players asked for a female voiceover option, and in 9.19 you’ve got it. This new set of voice messages, called “Commander,” can be activated in the sound settings. Along with this, some of you told us that you didn’t like having to recruit all-female or all-male Crews to benefit from the “Sisterhood of Steel” or “Brothers in Arms” perks.
Now, these perks are compatible, and mixed Crews with both get a 5% bonus to the Training Level of each of their members.

As always, we want to offer a big thanks to all those who shared their feedback to help us improve World of Tanks. There’s still always more work to be done, and we want you to head to the forums and tell us about your experience with the latest update.

Ranked Battles is a 15v15 mode exclusive to Tier X vehicles, where the first team to eliminate the opposition or capture their base secures victory. Basically, the setup is the same as Random Battles. And that’s where the similarity ends. Ranked Battles is all about individual results. Your ultimate goal here is to put on a stellar individual performance to climb the Leaderboard, earning ranks and rewards along the way. The more successful you are in battle, the higher your rank in the special Leaderboard of the Ranked Battles.

The visual and functional part of the Missions and Specials window underwent considerable changes within the first iteration.

The Missions tab will become available in the Garage: it allows displaying the corresponding screen. Missions are conventionally divided into three tabs: Events, Missions, and For Selected Vehicle.

Missions: tasks that can be grouped according to their idea (for example, daily missions, Training Missions, etc.).

Each mission is displayed as a tile; all missions are logically sorted: high-priority missions are displayed at the top of the list. Each mission (tile) can be opened to view its detailed description. The new design of the Missions will simplify understanding of this game entity by players.

Now Specials are available as a Store menu option. There are various specials in the game: basically, the discounts for vehicles, consumables, experience conversion, etc. Each special is represented with a tile with a detailed description of the discount, its amount, and other information. All specials are interactive: specials can be used right in the game client by clicking on the corresponding tile.

The update extends clan management options. The following will be available in the game client:

The below awards that could be received for Stronghold-related activities up to version 9.17.1 were transferred to the Special category:

The following vehicles were reworked to the HD-quality:

Added female voiceovers. The National voiceover option was replaced with the Commander option that provides voice notifications that depend on both the nation and gender of the vehicle Commander. Thus, if the crew Commander is female, the voiceover will also be female.

7. The Tank Company Battle mode was removed from the game

8. The Recruit Training missions were disabled.

9. Changes to the Matchmaker

We made some changes to the matchmaker to decrease the number of one- and two-tier battles in favor of the 3/5/7 system.

We will slightly tighten the requirements for matchmaking in terms of Platoons, SPGs, tank destroyers, and light tanks, which will decrease the number of battles with the corresponding imbalances.

The Sisterhood of Steel perk now becomes Brothers in Arms, which allows mixed crews (female and male crew members) to benefit from this perk.

12. Fixed an issue where it was possible to drive into an area not intended for gameplay on the Arctic Region map

Vehicles added (only for the SG region):