In World of Tanks, fearsome battles of steel on steel rage on relentlessly everyday from the vast open fields of Steppes to the parched desolate desert sands of Airfield. Come Update 8.5 which is tentatively slated for release in April 2013, gear up and get ready to step out of your comfort zone and roll out onto uncharted grounds into an unfamiliar, evanescent environment beyond your wildest imagination. 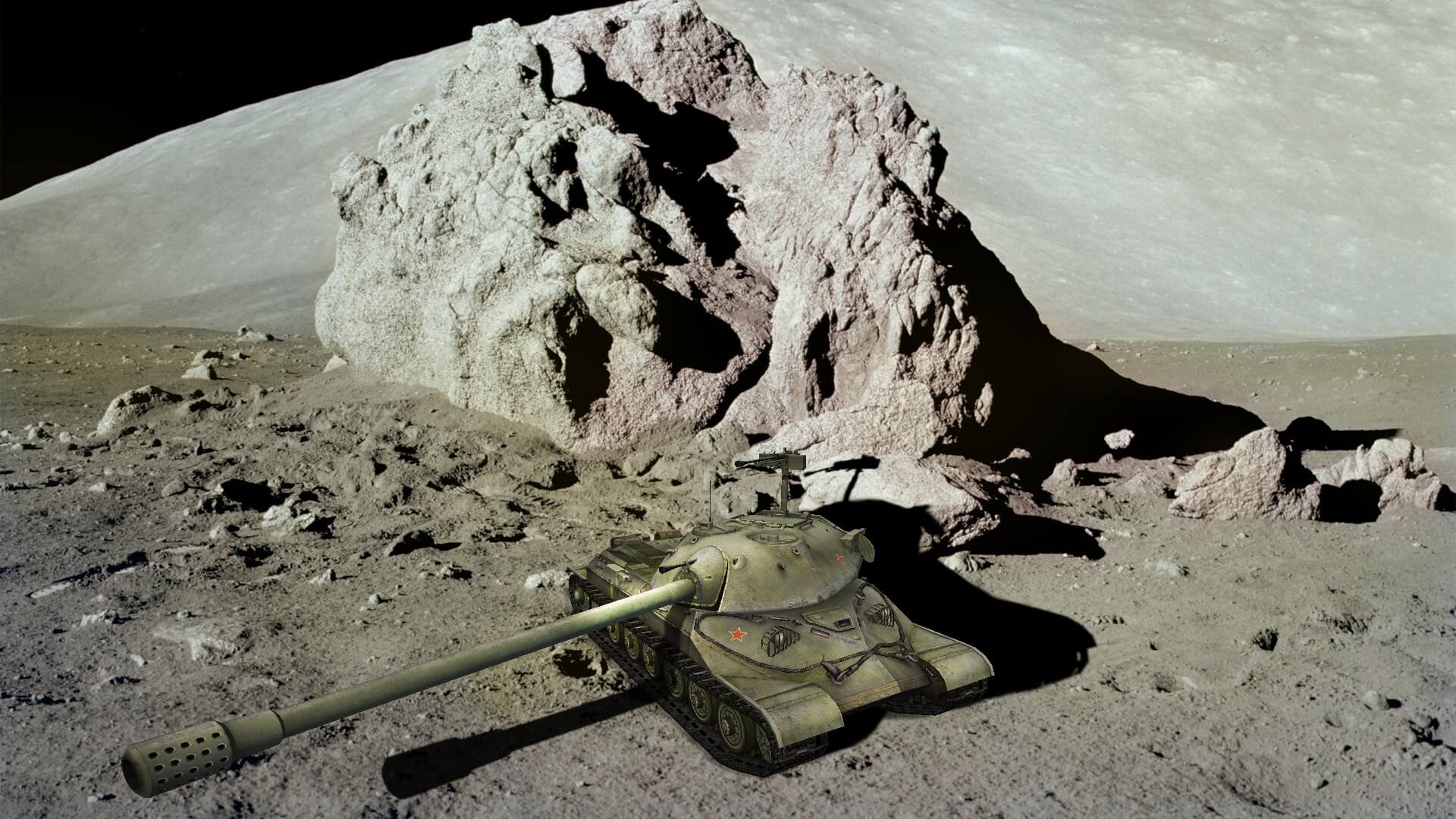 Fly me to the moon and let me play among the stars...

World of Tanks is proud to announce the release of a brand new map: Moon. Set in the depths of outer space, Moon is a breakthrough creation that defies the norms of map design and will be your next playground to frolic in. With breathtaking luminous terrains and a backdrop of a myriad of stars to illuminate the skies, World of Tank's realistic game engine rendering system will enable the light to reflect off the metal surfaces of your tank, thus your ride will be nothing short of shining bright like a diamond.

However, don't be fooled by the facade of a gorgeous scenery. Beneath the seemingly placid exterior belies a harsh battlefield teeming with hidden mazes and inconspicuous hideouts that will serve as perfect ambush points to take out your unsuspecting victims. If you fancy a higher level of play, leverage on craters to propel your tank airborne spaceborne to deliver devastating blows to your enemies from above - a feat that developers of World of Warplanes will most definitely approve of.

Explore every nook and cranny and leave no stones unturned for the secret tosecuring victory in Moon lies in mastering the map and knowing it like the back of your hand. We're confident that this new map will delight all World of Tanks fans and budding astronomers alike. Good luck in Moon!